TellForce Blog
Home OS Android Google Triangle released to control data consumption
Twitter
Pinterest
Linkedin
ReddIt
WhatsApp
Tumblr
Email
Print
Telegram
Advertisement
An app that can control mobile data consumption per applications on your smartphone has been introduced by Google The app is called Triangle, and it’s currently available only for the Philippines. Though, it is said to be under test. 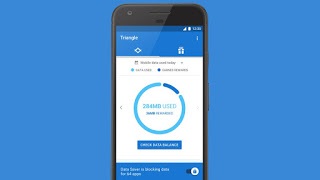 The development of this app allegedly targets the prepaid subscribers in the country, who usually subscribed to capped data plans. Though those that purchases unlimited data plans from the mobile carriers would also benefit from the usage of the app because the unlimited plans are often throttled after subscribers exceeds the daily threshold.
Before setting the service, users are expected to submit their phone number to Google. After the user submits his/her number, it will be verified. Then, they get a reward of free mobile data after verification.
Upon completion of the process, the user will be met with a screen displaying the amount of data left (balance) and what rewards have been earned.
Triangle as wll displays a breakdown of data each applications used. Moreover, a feature that monitors and predicts the amount of data needed by the user.
The app also has a dedicated tab for tracking and claiming rewards (data). This tab, displays the amount of rewarded data earned by the user that day and the type of apps to be installed in order to get more rewards.
Google offers an additional data rewards for using Google, whether via the Google app or through the Google Chrome.
Presently, Google Triangle is only available and applicable in the Philippines. Nevertheless, sideloading into any Android device is possible but some key features on the app, such as the data rewards, will not work outside the Philippines.
No definite information from Google to ascertain the launching of this app in other markets.
Join Us On Telegram
ALSO READ:  Realme C3i Specifications and Price
Advertisment 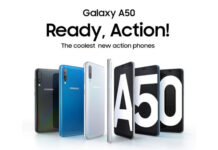