TellForce Blog
Home OS Android Google Keep for Android now has undo and redo functionality
Twitter
Pinterest
Linkedin
ReddIt
WhatsApp
Tumblr
Email
Print
Telegram
Advertisement
Join Us On Telegram
Ever mistakenly deleted some texts you were not supposed to while writing a note in Google Keep (all thanks to Gboard!), you’ll immediately appreciate the news of Google adding the undo&redo functionality to its Android version of the app. 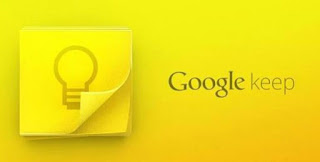 The feature can be immediately spottes when the user starts editing a note, and accessible from a pair of arrow-shaped buttons that come up at the bottom of the app screen. 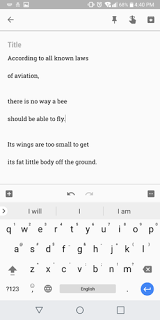 However, for now, the option is limited to the current writing session only, in other words, the moment tye user leaves the note he/she’s writing, history will no longer be there again.
Of course, this should be a norm any text editor out there, but it’s still something to keep in mind when scribbling down your virtual note.
The new feature is available in Google Keep v3.4.803.02, which is currently rolling out to users. Funny enough, Google did not talk about this latest feature in the Play Store changelog at all, rather only listed a classic “Bug fixes and performance improvements”.
Source via Phonearena
ALSO READ:  Google Removes 'View Image' Button Search Engine
Advertisment

WhatsApp rolls out “PINNED CHATS” feature to all Android users

How to Change Your WhatsApp Payment Authentication PIN on Android and...