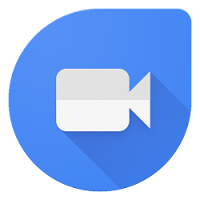 Google’s Allo and Duo are the newest chats apps in Android
world produced by Google itself. The simple reason for using the word “newest”
is because Google has released many in the past and decided to scrap most of
them later.
But the way thing are, both of them are here to stay. They
are have both been enjoying one update or another and are also by far the most refined
of Google’s communication tools, Google Allo is basically a texting app while the Duo is the
voice chat app, which might or might not get SMS integration in the future. 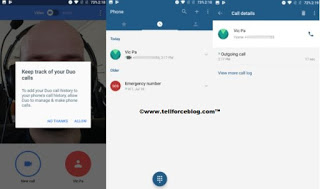 The Google Duo can be drawn together with the Apple’s
Facetime on a parallel line in the sense that both works very well on even a
poor connections. Duo have the advantage of being a cross-platform app and the neat
feature.
Anyway, it appears Google is polishing Duo so as to become
an even greater part of your phone usage — the most recent update will let Duo to
record your calls in your phone’s call history. Excellently, this seems Google
is trying to make the app an integrated feature in the Android OS. Don’t be
surprise that later in the future, you may start a Duo call and Allo chat straight
from the contacts screen.
To download the latest Google Duo, simply dive in to the Play
Store.
Android
Share

YouTube TV launched in 10 more markets in the United States