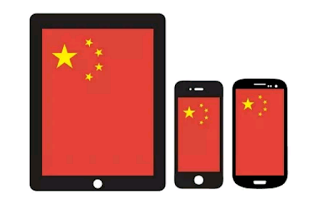 The Chinese does not want to take things for granted as she’s working ghard to protect her citizens from terror attack. There have been instances where governments attempt to spy on their citizens through electronic media. However, none have become as brazen as China.
According to Radio Free Asia, Mashable reported that authorities in the autonomous region of Xianjing, home to a majority Muslim population, including millions of Uyghurs who have roots in Turkey, made an announcement instructing citizens to install a surveillance app on their phones, or be detained for up to 10 days if they are found to have disobeyed the order at random check points.
This surveillance app, known as Jinwang, is said to monitor files on your phone and automatically detect terrorist and illegal religious videos, images, e-books and electronic documents. If it finds any such content, users will be prompted to delete them. It will also grab your Weibo and WeChat records, SIM card information and Wi-Fi login data and relay them to a government sever.
Related Posts

This is as frighteningly invasive as it gets. Not only will the app keep tabs on your files stored and shared with other people, it also reports you to the authorities when you do something even remotely shady. It even gets you in trouble without eve downloading it.
Right now it is unclear why Xianjing is being targeted with this app at present. However, the fact that the region is bordered by eight countries and has had a lot of separatist and terrorist attacks could be a factor. This unrest has largely been a result of tensions between the native Uyghur population and the new influx of Han Chinese who have flocked to the area, which is rich in oil and gas.
Now, regardless of what you think about how China should go about the issue of stamping out separatist sentiment in Xianjing, this surveillance app is a clear example of a government sacrificing its citizens’ privacy in the interest of national security. Apparently, the future of surveillance is already alive in Xianjing.
Source
Share

The coming of USB 3.2, the latest USB-C specification