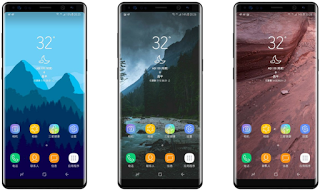 Different leaks showing both the rear and the front of the Samsung Galaxy Note 8 have refused to let its fans rest. Today, another tech tipster has shared an alleged front view of the ever anticipated phablet via his Twitter page.
It’s possible to see the Galaxy Note 8 announced next month, on August 23, 2017. That is a bit earlier than expected, which be related to the drastic drop in the Galaxy S8 sale. Already, most people can’t wait to feel how the next gen Galaxy Note would be like.
Related Posts

Google Keep for Android now has undo and redo functionality

iPhone X specs and features: incredible skill from Apple but still behind Samsung and…

Is Nokia XpressMusic Coming Back? Specs Revealed On TENAA

TikTok Overtakes WhatsApp To Become The Most Downloaded App…