TellForce Blog
Home OS Android What we know about Samsung Galaxy Note 8, Phone Specs and Price.
Twitter
Pinterest
Linkedin
ReddIt
WhatsApp
Tumblr
Email
Print
Telegram
Advertisement
Join Us On Telegram
Yes, we were anticipating like this moment, our eyes and eyes almost stopped functioning due to influx of speculations here and there. It could have been one of the best devices to have ever existed but the explosive side of it destroyed it reputation.
Samsung Galaxy Note 7 brought a serious disaster to its maker’s name but the Korean tech giant has a way of winning back its reputation. The the wildly successful introduction of the Galaxy S8 shows how Samsung was able to push out its dented image caused by the Galaxy Note 7.
It’s almost a year that the Galaxy Note 7 terrible incident occured Still, Samsung Galaxy Note 8 is gradually creating media outrage via different types of imagination from different tech geek.
Leaks of Galaxy Note 8 specs has emerged, of course, its speculation from different angle but below are some of the things we expects the phablet to feature.
Samsung Galaxy S8 actually seems to be subject of comparison with Note 8.
Design
Talking about the visual design, Note 8’s design appears to have been a bit blown-up version of the Galaxy S8. This simply means, it would almost look like S8+ but with sharper rounded corners which makes up the impression of a bigger device.
Note 8 will have:
ALSO READ:  Huawei Y5 2019 Specifications, Availability and Price
Display
Hardware
Reports also stated that the Note 8 will be powered by Qualcomm’s latest chip, the Snapdragon 836, which is a slight upgrade to the Galaxy S8’s Snapdragon 835. Though, this should only apply to devices meant for the US. Non-US versions may be powered by the latest Exynos 8895.
Cameras
Of course, we should expect the Note 8 debut with dual camera module. 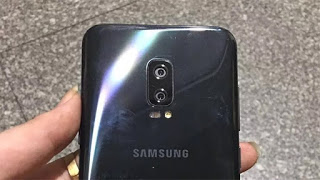 To be precise, the module allegedly combines a 12 MP sensor with a wide-angle lens and a 13 MP sensor with a telephoto lens. The end result should be able to achieve 3X lossless digital zoom (in contrast, the iPhone 7 Plus’ dual camera only offers 2X zoom).
Software
TouchWiz – Samsung Experience, will make his way back to the screen.
Android 7.1.1 would power the software side of the device. Why not Android 8.0 (a.k.a Android O)? As many will ask. But Samsung’s custom suite of apps including that of S Pen should be enough to keep you interested while peeping at the corner for updates.
Release date and Price.
Samsung is said to have been working on how to announce this magnificient smartphone before its arch-rival unveils iPhone 8. So the Galaxy Note 8 is supposed to be seen a couple of days ahead of 20q7 IFA, which starts on September 1.
Talking about the price, no information on that yet recall that Note 7 was $50 more expensive than the S7 edge during their launch period, so Note 8 may probably cost about $900.
Tellforce blog will keep you abreast of the latest on Samsung Galaxy Note 8. Stay tuned.
Advertisment