Similar features between iOS and Android

By Andre Falana On Jun 14, 2017
Share
Join Us On Telegram
Related Posts 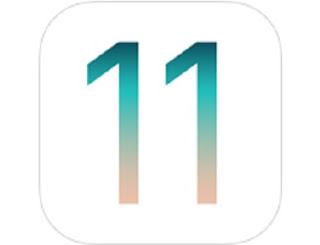 iPhone may struggle in the aspect of hardware comparison with most high-end Android smartphones by the the you start hearing 8 GB RAM locked in an Android smartphone, iPhone would be talking about 3 GB. However, optimization matters alot, I give it to Apple in that field.

Now talking about software, iOS and Android OS appears to be moving closer to each other in terms of similarities as a result of regular update from both Apple and Google mobile operating systems. 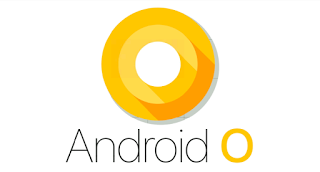 Recently, Apple announced its latest mobile operating system called iOS 11, which brings a host of new features with it. Some of these features are already known among Android users.


1. Siri, Google Assistant-style
One of the big topics discussed at WWDC was Machine Learning. Before Apple included this in their presentation, Google, as well as other companies, had already been going hard in that direction for some time. One example of this is Google Assistant, which learns by adapting itself to the user, something that Siri, so far, hasn’t been able to do.

This stress on recognizing user habits is one of the great pros of the services from the search engine giant, and we’ve seen it in Google Now, Now on Tap and currently, with Google Assistant.

According to Apple, Siri will be more natural and intelligent with iOS 11. It will be capable of using the system’s keyboard to let users know about appointments and events, which could be useful if someone asks about your plans that day on iMessage. This feature is pretty similar to what’s currently available on Now on Tap from Google.

The Apple assistant will also be able to do translations, which is something Assistant already does. In Apple’s case, translations are limited to specific languages, such as Chinese, French, German, Italian, and Spanish.

2. File Manager
This update won’t be on iPhones, but rather iPads compatible with iOS 11. It’s a file manager, a fundamental tool on Android and well known by many of its users. The explorer, called Files, won’t access the total internal memory of Apple devices, but it will let users connect to cloud services and access their respective folders and files.

Many interfaces already offer file managers that come equipped with this option, such as Android’s native manager, which is integrated with Google Drive. This way, users can access their hosted files in the cloud without needing unnecessary clicks. In addition to iCloud, Files will also support services like Box and DropBox among others.

3. Maps vs. Google Maps
Since Apple decided to substitute Google Maps for their own app, we’ve seen how their maps have been slowly evolving. At WWDC, the company announced the arrival of some new, limited features on Maps, which would be available in specific states. Among them is the option to see the inside of businesses and airports, something we all know Google has offered for a while now.

With Google Maps, we can see not only the inside of some places but also their business hours, phone numbers and taxi prices to get there, if need be. Furthermore, it’s connected with their flight system, notifying users about departure and arrival times, something Apple Maps doesn’t offer yet.
Source
AndroidiOS 11OS
Share