By Andre Falana On Jun 26, 2017
Share
Join Us On Telegram
According to reports, Samsung has set a record by selling
over 1.3 million units of its 2017 flagship pair on its home ground. The
reports says that the Galaxy S8 and S8+ have managed to break all sales records
in South Korea. 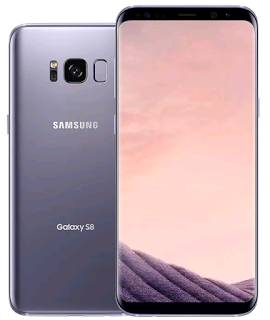 The Media outlet, The Investor also says that an estimate between
11,000 to 12,000 units of the duo are vended daily.

This is an achievement that no other high-end smartphone has
been able to achieve in South Korea. This achievement have also triggered the
share price of Samsung Electronics to fly high to $2,123 on Monday.
Though Samsung has been turning its home ground apart but
same cannot be said in the global level. While Samsung has achieved this great
feat of 1.3 million units, only 5 million units has been recorded. About 7-9
million unit less than the achievement recorded by the Galaxy S7 and S7 edge
for the same period last year.
To eliminate this gap and shortfall, and also in a bid to
keep the amazing sales momentum moving in on its home land, Samsung has
allegedly released more colour choices for the latest Galaxy S duo.
galaxy s8
Share

HMD Global launches Nokia 6 smartphone in the US