By Andre Falana On Jun 28, 2017
Share
Join Us On Telegram
Are you waiting for TECNO
Phantom 7? Yes! TECNO Phantom 7 is going to be the successor of Phantom 6.
TECNO’s line of Phantom are regarded as the yearly flagship of the tech
company. 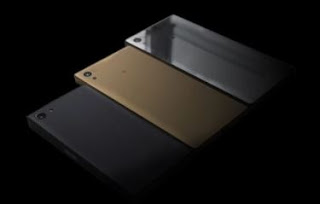 However, TECNO Mobile is yet to launch the Phantom 7 but it
has already been tested on GFxBench. Find below some of the specifications we
were able to grab from the listing.
Related Posts

TECHNO Phantom 7 will be a 6-inch display smartphone with
FHD 1920 x 1080 pixel resolution. It would be powered by the Mediatek Helio P25
SoC clocked at 2.3GHz. The smartphone is set to feature a 4GB RAM and blessed
with 32GB of internal memory which is expandable up to 128GB through MicroSD.
According to the result, Phantom 7 will also sport a 13MP
rear camera with a 5MP front shooter and will run on Android 7.0 Nougat. 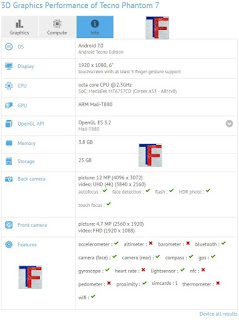 Of course you know this is still speculation, because we are
expecting something better from TECNO Mobile. Final Specs may be different.
Android
Share

How to gain 1,000 followers for your Instragram account in few minutes