TellForce Blog
Home Gadgets HP ProBook 640 G3 Specification and Price
Twitter
Pinterest
Linkedin
ReddIt
WhatsApp
Tumblr
Email
Print
Telegram
Advertisement
HP ProBook 640 G3 is a screen-touch notebook (optional) for
businessmen and professionals that works on the go. The notebook is powered by
the 7th Generation Intel processors depends on the variant you choose (Core i3,
Core i5 and Core i7 Processor). Enjoy a better experience with the 14-inch LED
Display. 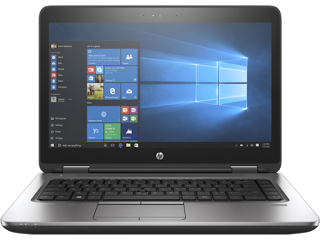 Why the HP ProBook 640 G3 is meant for on the go activities
is its optional built-in broadband feature, that is, you can access 3G HSPA+ or
even 4G LTE network services.

Despite this specs, HP ProBook 640 G3 is still mid-range
business notebook and has similar external features like that of its antecedent,
the ProBook 640 G2. The ProBook 640 G3 still maintains that black and silver
cover. The built is mostly plastic, even though metal could be seen in some portions.
HP claims this notebook is rugged enough, since its design is based on military-grade
MIL-STD 801G standards.
Colours: Silver
Dimension: 34 x 23.7
x 2.7 cm
Weight: From 1.95
kg
Display

The HP ProBook 640 G3 come with a 14-inch diagonal LED
display of the quality that is very good for outdoors activities. It has a
resolution of 1,366 x 768 pixels but there are other options with Full HD resolution
of 1,920 x 1,080 pixels. There is also a touch screen option, but this will
take some extra pay from your purse. 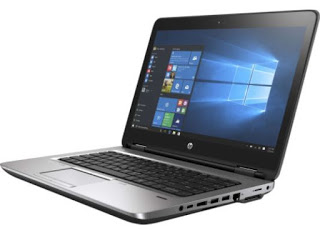 Being a business laptop, it has to be very powerful and
convincingly reliable. So you have option of picking a Core i3, i5 or i7
processor powered HP ProBook 640 G3, depending on your budget. These 7th generation
processors clock a speed of up to 3.9 GHz with Intel Turbo Boost.

Imagine a RAM up to 16GB capacity (optional) supporting
those powerful processors, then you are in another world. The device has no
other option than to run smoothly. Integrated Intel HD Graphics 620 takes care
of the graphics performance. It runs on windows 10 and stays on a battery that
gives up to 90% runtime in one and half hours of charging.
Memory: 4GB RAM,
8GB RAM, 16GB RAM (up to 32GB)
OS: Windows 10
Pro, Windows 10 Home 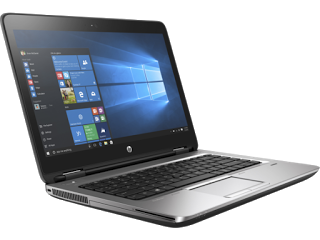