By Andre Falana On Jun 27, 2017
Share
Join Us On Telegram
The CEO of Facebook, Mark Zuckerberg has announced that the social network has reach a great milestone by hitting two billion mark. 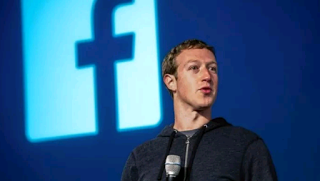 He shared this via his Facebook page on Tuesday, just few days after he shared the company’s new mission statement of “bringing the world closer to together.”
Related Posts

Facebook reported 1.94 billion monthly and 1.28 billion daily users for its last quarterly earnings in May.
With 2 billion users, this means Facebook has more than a quarter of the world’s population at its palm, according to last year data from the International Telecommunications Union.
The company’s vice president of social good, Naomi Gleit said in an online post that, “There are now two billion people connecting and building communities on Facebook every month.”
facebook
Share

Get FREE TBC worth over €55 within a minute. No referrer link.