Apple confirms that iPhone 5 users are in trouble 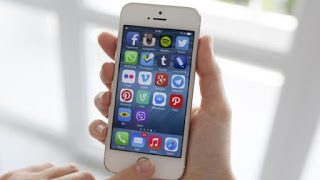 Apple, the manufacturer of iPhone 5 or iPhone 5c, has confirmed an unwanted reported that the owners of the earlier mentioned models will be rendered useless because of the recent announced operating system which will soon be made available to the world.
The latest operating system iOS11, is set to be rolled out before the close of 2017 and this would automatically make both the iPhone 5 and 5c device outdated in terms of Apple’s ecosystem.
news.com.au reported that the software update is available for only devices with a 64-bit processor, this simple means iPhone 5 or iPhone 5c won’t be able to put on this new clothings because of its 32 bit processors. iPad 4 will also encounter the same problem.
Though the smartphone will still be working fine but users won’t be able to access/download the latest apps or enjoy any security upgrades- paving way for hackers to easily get across to the users and reduce vulnerabilities.
Related Posts

This is actually not the first time this report will emerge as Apple had previously hinted on leaving 32-bit code behind, though it has just been confirmed by the principal. When users with iPhones running on iOS10.3 makes move to access 32-bit apps on their devices, they get an error message saying, “the app will not work with future versions of iOS.”
Meanwhile, way back in 2015, Apple informed developers that all its new apps had to be written in 64-bit code.
According to the news.com.au, some of its readers expressed disappointment saying they would prefer a more compact sized device like that of old iPhone 5, which is reasonable smaller than its successors.
iPhone 5 series was the last overseen Apple smartphone by Steve Job, that is about five years ago.
It was the second iPhone to have supported five major versions of iOS: six, seven, eight, nine and 10. However, that amazing run has been ended by its maker.
iOS 11OS
Share

Get FREE TBC worth €50 within a minute. No referrer link.

Apple iOS 13 will be available on September 19, iPadOS and…