By Andre Falana On Jun 5, 2017
Share
Join Us On Telegram
Apple always have a way of maintaining customers’ love for its devices. If you looking for a consistent and tremendeous firmware update, just slide in to iOS, you will never be disappointed. 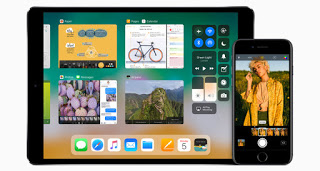 A new version of iOS has been announced with an official name iOS 11. This update comes with major changes in AirPlay, Siri, camera, messages, the trusty, even the App Store was not left out.

Reports says about 86% of iDevices rocks iOS 10 with a spectacular 96% customer satisfaction.
New Interface
One major and obvious change in the latest iOS 11 is the iOS interface, the Control center now fits all controls on a single page. 3D touch can be used to access additional controls.

The lockscreen and the notification center have been unified in iOS 11. A swipe down brings out the lockscreen with the most important notifications. Swipe up for more or swipe left for widgets.
Do Not Disturb has been updated with car mode. If you’re driving, iOS will block notifications (and can send an automated response). VIP contacts can get through this block in case of emergency. Apple uses the Bluetooth connection to your car or, failing that, use Wi-Fi Doppler effect to detect that you are driving (presumably, this is more power efficient than GPS). For passengers, this DnD feature can be disabled. 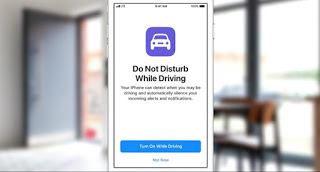 The new Files app finally brings basic file management to iOS. As well as on-device files, it also manages cloud ones – on iCloud, Dropbox, OneDrive and other services.
There are also a few new features that will only be available to the new Apple iPad Pro devices: you can drag and drop content between split-screen apps. You can also drag to apps on your homescreen. Speaking of split-screen, iOS 11 remembers the pairs of apps you’ve used so you can quickly get back to each specific combo.
Siri
Apple’s digital assistant is used by 375 million people monthly. But that was old Siri, the new one is much, much smarter. And it sounds smarter too, thanks to deep learning, Apple has created a more humanly sounding female voice and there’s a male voice too. In a demo, Siri pronounced the same word differently, matching natural pronunciation of a sentence.

Siri can translate for you. For starters, you can speak to it in English and it will translate that to Chinese, French, German, Italian or Spanish.

Siri now looks different too. The new UI is better at question-and-answer conversation and shows multiple results by default. It understands context so it will suggest creating an appointment based on what web page you just bookmarked in Safari. It will also suggest new topics you may be interested in, based on what you’re reading. This learning will be synced across all your devices so they improve together.
Camera
One trillion photos are taken with iDevices each year and Apple is moving to make them take up less space. To do so, it introduced a new image format to replace JPEG, meet HEIF. It’s based on HEVC and promises great image quality at half the file size.
Speaking of, new iPhones will record video with HEVC (aka H.265), which achieves 2x better compression than the previous codec. Apple promises that both photos and videos will remain easy to share with no compatibility issues.
Related Posts

Portrait mode has been updated. It now works in low light and supports OIS and the True Tone flash. It can create HDR images and share the depth information it collected with third-party apps, which can use it to create some fun effects.
Live photos have new tricks too. For one, you can pick which key image is used for each photo. You can also trim the video and apply some effects – seamless looping, “bounce” and even simulate long exposure.
Then there’s Memories. It now support portrait playback and is smarter about grouping images – it will create a Memory for your pet, with image recognition picking out the best shots and videos.
App store
The App Store is a cornerstone of the iOS experience. It’s turning 9 this year and has served 180 billion downloads over its exciting life. And it has paid out $70 billion to app developers (30% of which just in the last year). 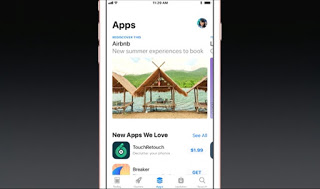 To better highlight developer creations, the App Store is now split in two – Apps and Games. The Games tab will list in-app purchases below the game (great for consumers, makes pay-to-play games easy to spot). There’s also a new Today tab, which highlights Apple’s favorite apps and games and their developers.
AirPlay 2 and Apple Music
The headlining feature of AirPlay 2 is multiroom audio. It can be used by any app, not just Apple Music, and it allows your guests to queue up songs too. Your Apple TV can turn into a music player that you control with your iPhone (or Mac), a la Chromecast.
Speaking of Apple Music, it now boasts 27 million paying subscribers. It’s more social too, if you choose to share your info with friends, they will be able to see that you’ve liked a certain artist or album. Also, third party apps can control it – Nike+ Run Club can create a playlist for you, Shazam can add tracks it recognized to your collection.
iMessage and Apple Pay
Apple Pay is the #1 contactless mobile payment service in the US and is supported by 50% of retailers. And it is now a part of iMessage. With iOS 11, you’ll be able to send and receive money as easy as sending a selfie (well, almost, you need proper TouchID authentication). The money goes into your Apple Pay cash card, but you could transfer it to your bank account too.

AR KIT
Apple wants to jump to the front of the mobile AR competition. The new AR Kit will make it easy for developers to create impressive AR games and apps for iOS devices.
Maps

It’s a short but sweet story. Apple Maps now has lane guidance (finally!) and it shows the speed limit. Indoor navigation is available for malls and airports, with floor by floor directory and search (initial support will be for big US cities and a few foreign ones).

How To Restore Your Deleted iPhone Apps