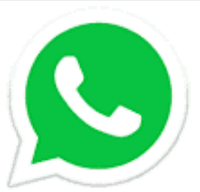 Recall that it was once reported that WhataApp has introduced a new feature that allows its users to pin some chats above every other chats.
This feature becomes very handy if one does not want an important chat (could more than one) to get mixed up with those uncountable chats. In other words, it makes it easier to locate that important chat at that particular period.
Earlier this Month, May 2017, the feature was rolled out to only the Android beta users, but has now been available to everybody on Android. This latest WhatsApp feature allows users to pin up to three contacts on top of other conversations.
Like I said earlier, only three conversation can be pinned on top of the conversation list. The moment a chat is pinned it would remain at the top till you unpin it and start conversation with another chat. The pinned chat does not stop other conversation from coming in. 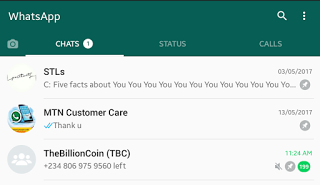 How to pin your important conversations.

? Tap and hold on the chat for a second till it get ticked/higlighted.

? Then a new pin icon will appear in the action bar beside the “delete” icon.

To unpin the chat, follow the same process, the only difference is that the pinned icon will be crossed.
I think pinning down only 3 chats should be okay for now, if have have pinned upto three, you will get an error message stating that “you can only pin up to 3 chats”.
Join Us On Telegram
ALSO READ:  Google Releases Android 11 In Developer Preview Form, What's New?
Advertisment

itel P13 and itel P13 Plus Specifications, Features and Availability

Motorola One Vision Specifications and Price