By Andre Falana On May 31, 2017
Share
Join Us On Telegram
Asus appears to be releasing new devices and unending announcement of latest technology anyhow. 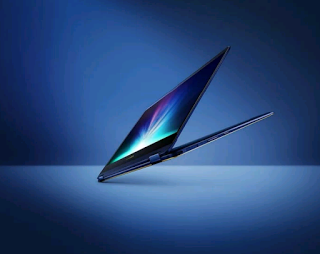 The latest was announcing some new devices on Monday May 29, 2017, among which is the Zenbook Flip S UX370UA.
When you say something is beautiful, especially in gadgets level, you must be talking about the alleged world THINNEST CONVERTIBLE. Elegantly slim to draw lovers of smart devices to it, very light in weight.
The device weighs an unbelievable 1.1kg, and it’s 10.9mm thick. Exciting. The Zenbook Flip S UX370 runs on Windows 10 and it comes with an Asus Pen for writing and drawing using the Windows Ink. 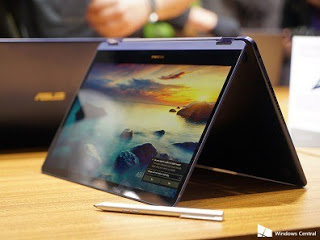 Of course reasons for calling it convertible is that it can be use as Tablet aside the laptop user mode. Other modes are Tent and  Presentation.


Some notable features of the ZenBook Flip S UX370 includes:

OS: Windows 10
Weight: 1.1Kg
Thickness: 10.9mm
Others are:
The major setback in the specification is the lack of discrete graphics like that of Zenbook pro, which is disappointment to heavy game lovers.
However, Asus asserts that the Flip S boots up three times faster than any of its rivals. And reports tends to make their assertion right.
But the release date for the pretty device is yet to be announced by Asus. Of course, Tellforceblog will keep you updated.
AsusZenbook Flip S UX370
Share

ASUS shares its Android 12 stable update plan for its…