By Andre Falana On May 7, 2017
Share
Join Us On Telegram
Related Posts 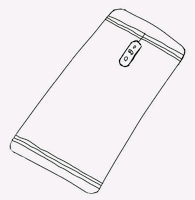 Speculations says Galaxy Note 8 would carry a dual camera setup but it’s not going be the first phone branded by Samsung to feature this. However, it seems the first Samsung branded smartphone to carry the well conveted dual snapper will be in the Galaxy C line, which is going to be vertically staying on the back of the phone.

Previous tweets gave us the Galaxy line that would first accomodate the dual snapper but another tweet today, May 7, released this morning finally revealed the name of the phone. 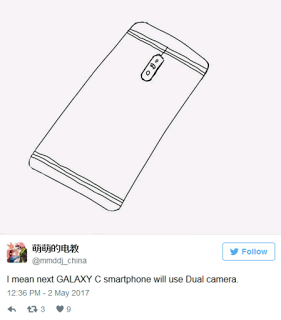 The source which had earlier tweeted the sketch of the back of the device via twitter some days ago refused to include a finger print scanner at the rear. It’s possible that Samsung wants to use the embedded style in the home button just like their previous models.
A source from China said that the first Samsung smartphone to feature a dual camera setup would be the Samsung Galaxy C10, also stating model number as SM-C9150. 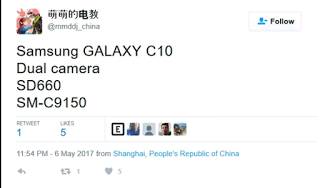 It was further added that the new Qualcomm chip which would be officially unveiled on May 9, 2017, Snapdragon 660 SoC will be powering this smartphone. Just two days from today. 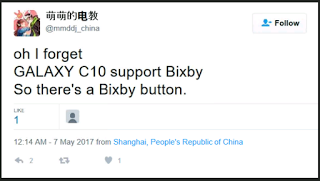