By Andre Falana On May 1, 2017
Share
Join Us On Telegram
The Nigerian workers were not left out in observing the 2017 May Day with their counterparts worldwide. 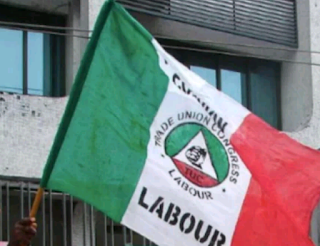 In support of the cry for increament in the minimum wage by Nigeria Workers, Senator Shehu Sani, represents Kaduna Central at upper chamber of the Legislature, has advocated $300 (equivalent to N145,000) as minimum wage for them.
The self acclaimed activist who is also a politician, on Monday, May 1, stormed the Kaduna venue for the workers celebration uninvited to bring a temporary smile on the unhappy faces at the event.
Sani labelled the current N18,000 minimum wage as “a big insult” to Nigerian workers, further saying the money is not even enough to feed some dogs.
The federal lawmaker said that the workers deserve a better standard of living than their current state, as Nigeria is rich enough to pay them good take home benefits.
According to him, the public office holders have however been stealing monies, yet they are well paid.
Related Posts

“N18,000 or N20,000 minimum wage is an insult to Nigerian worker because it cannot sustain even a dog or security man in the house of a politician.

“So, as far as I am concern, I believe the only way to be fair and just is to peg it and we should not just peg it but rather make it a government policy. Public and private working places should maintain that especially you journalists that have no salary.

“I think there should be a law that should peg a minimum wage and take it to the dollar and that will be the best way to which workers will be able to sustain themselves and their family.”

Earlier at the event, the Kaduna State Nigeria Labour Congress (NLC) Chairman, Comrade Adamu Ango had warned states that are still owing their workers salaries of past months and pension arrears to urgently resolve the issue, stating that enough is enough.
Also, the Chairman of the Trade Union Congress (TUC), Kaduna chapter, Comrade Shehu Muhammed begged his colleagues to make the celebration a low-key type as some teachers in Kaduna State are still being owed 6 to 16 months salaries.

He warned: “How can we celebrate when pensioners are dying because government deny them of their entitlement. The money that was even deducted from our salaries are still in government cofers.

“It is very sad. It is not going to be good of us to go out there and celebrate the way we use to do. May Day is not a political rally.

“The national assembly has failed in their responsibility as regarding critical issues that affect the nation but instead were busy with trivial issues like fake certificate, uniform among others. Our economic is sick and priority must be right because if we miss it now we may never get it right again.

“No company will spend less than a half a million in a month due to poor power supply. Any company that cannot cope will be forced to close shop and that has negatively affected our economy as a country.

“Illegal appointment and illegal extension of permanent secretaries who are supposed to have retired from active service to pave way for other Nigerian to be actively engaged is another big threat to our national growth and development all which must be addressed now in the interest of democracy and Nigerian masses.”