By Andre Falana On May 2, 2017
Share
Join Us On Telegram
Related Posts 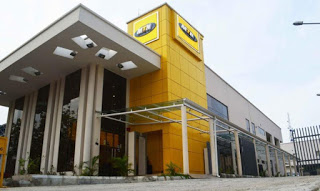 The South African telecommunication giant, MTN had on Friday, April 28, 2017 sacked 280 staff from its workforce in Nigeria.

The telecoms company’s move to dis-engage the affected staff means about 15% of the company’s entire workforce in Nigeria have been laid off. The affected set of workforce allegedly belongs to those who have been serving the company since 2001; the year MTN opened a business in Nigeria.
Among the 280, 200 are permanent employees while the 80 are contract staff across various levels, ranging from recent graduates to senior managers.
A sources who has good and reliable knowledge of operations within the company revealed that the reason for the sack was due to ‘the changing dynamics of the telecoms industry in recent times’.
MTN plans to move fully into Information and Communication Technology (ICT) and digital operations and to make that real, a new set of technology gurus capable of producing excellent result and setting of new goals will be introduced to platform.
The sources also claimed that the sack never came as a surprise because MTN had issued a notice since March 2017 for those who might wish to voluntarily leave the company, under its voluntary severance scheme (VSS) giving a week window which actually expired on April 28, 2017.
According to the source, 200 staff voluntarily disengaged themselves while the 80 were compulsorily disengaged on Friday, April 28. Those affected have been given a severance pay of 75% of their gross monthly income, multiplied by the number of active years with the company.

“Those who decided to leave under the VSS were paid the equivalent of their three weeks gross salary for every year they worked with MTN. What it means is that if one worked in MTN for five years, one would be paid three weeks of the person’s gross salary times five,” the source stated.