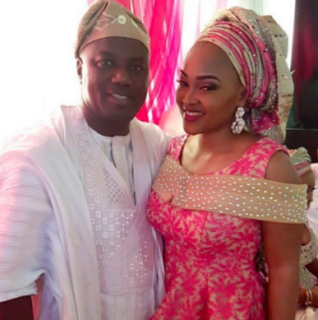 Larry Gentry, who is the husband of the popular Nollywood actress, Mercy Aigbe still insists that he has never touched her but claim she is mental complications which had been enduring for long.
In a recent interview with the Broadcasting Organisations of Nigeria (BON) Larry Gentry said:
Related Posts

“Mercy has mental issues and i am the one who knows how many places we’ve been to so she can remain stable. I have papers to prove these.”

He also claimed that he caught Mercy on several occassions frollicking and sleeping with different men.

He said: “When I challenged my wife, she said she only wanted to collect money from him – a married woman!!!

“But i discovered that it was the same man that paid for the Magodo house she just moved to, which i also found out had been rented over a month ago.”

“see, i understand Mercy’s antics too well. All she wants is to move out of my house and be free to live the life of a single woman. What i have tolerated from her all these years, no man can tolerate from any woman.

“I worship mercy and I have deposited N8m at Benefit Motors to buy her a N16m Range Rover ENVOGUE for her 40th birthday. I have also paid N1.2m for a hall opposite Sheraton Hotel to celebrate her big but she has her eyes on other things.”