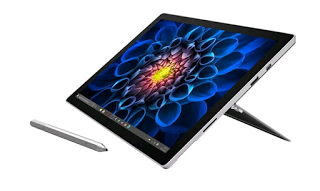 Microsoft has again opened doors for speculations as it has announced an event organized by its Surface department which would be holding on May 23, 2017, in Shanghai. The announcement was made via a tweet shared on Thursday, May 4, by the Surface chief, Panos Panay.
The speculation now is whether the device to be introduced would be the Surface Pro 5 or the Surface Book 2, or it might even be introduction of the two to the technology world.
And another thing coming to my mind could be the introduction of new device which may be entirely different from the Surface Pro 5 or Book 2. Remember that the anytime, the world hears introduction of Surface device, the rumours of Surface Phone resurfaces. That Might actually be possible this time around.
On Thursday, Microsoft CEO Satya Nadella said that when Microsoft decides to storm the handset market again, the new models will make the world standstill by wowwing the phone business again. Citing how the Surface line rules tablet business. 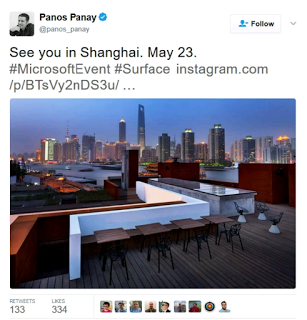 Now, talking about Surface tablets, there might be just little changes with Surface Pro 5 compared to Surface Pro 4,  although a source from Windows, identified as Paul Thurrott had initially stated that the new model will come with the Intel Kaby Lake processor. The latter is manufactured using the 14nm process, and by implication it should give the device an improved battery life and speed.
17 months ago was when it released Surface Pro 4 to the market, obviously, it’s long overdue to get a new model. Recall that Microsoft also took its time to release the successor of Surface Pro 3.
Anyway it goes, May 23, 2017 is at the corner to reveal the truth.
Stay tuned for any update.
Join Us On Telegram
ALSO READ:  Microsoft Surface Book 2 Specifications, Feature and Price
Advertisment