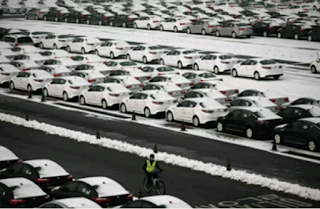 240,000 vehicles has been recalled by Hyundai Motors and Kia Motors over safety defects as directed by South Korea government.

A whistleblower from the Hyundai Motors reported these defects, revealing about 5 different flaws associated with 12 models so far. He said those flaws were intentionally covered up by the companies.
In reaction to the burst, Hyundai and Kia insisted that the mentioned problems presents no threat to driving safety.
The whistleblower, Kim Gwang-Ho, who works as an engineer with Hyundai for almost 26 had earlier reported about 32 problems to the local regulators. However, the recalls was only based on 5 of out the 32 problems reported.
The same Kim travelled to the United States to report few safety lapses, which led to the recall of over 1.5 million vehicles in North America nation and South Korea over a defect that liable to stop the engine from working on motion.
A security auto analyst from Samsung, Eim Eun-young commented, saying:

“What the whistleblower said turned out to be true. This is negative for Hyundai’s brand image after the hit from the recall over engine issues last month. But then, its reputation is already seen at the rock bottom in South Korea, so I’m not sure whether there is room for a further fall.”