The Nigerian Communication Commission (NCC) has yet again released another reports on internet usage by Nigerians but this time around, it is for the first quarter of the year 2017, that is, the first three months (January, February and March).
According to the report, Globacom came out with a record of having the largest percentage of data subscribers in relation to the total number of customers on any Nigerian network provider.
For the first quarter of the year 2017, Globacom recorded a total of 27,021,200 data customers, which is the 72% of the total number of subscribers on the network and that is 37,328,827. This simply means that Glo was able to penerate 72% of its subscribers for internet connection, surpassing the whole telecoms sector’s which stood at 59%. 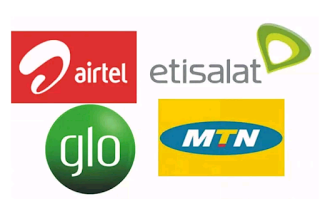 For the first three months of 2017, a total of 90,003,101 internet subcribers were recorded in the sector against a total of 152,216,763 customers in the sector.
Etisalat came second with a total of 13,008,481 internet users against its total subscriber base of 19,621,806, resulting to a data penetration rate of 68%.
The third network provider was Airtel, attaining 56% internet penetration with 19,423,760 data customers recorded out of the total 34,656,605 subscribers on its network base as at the end of March, 2017.
For MTN, it was able to record 51% of data penetration with 30,519,351 data subscribers against its 60,391,959 subscribers on network base.
For the last two year now, Globacom has remained at the top in terms of data services in the country. It was able to successfully add about half a million customers to its data subscriber base in the last one year, inspite of poor patronage in data services recorded by the industry.
The figure of internet subscribers in the sector dropped from 92,409,962 to 90,003,101 between March, 2016, and March, 2017, with Etisalat anf MTN recording losses of 2,234,375 and 2,837,244 internet subscribers respectively.
Secrets to success recorded by Globacom in terms of attracting subscribers to its network base is just its improved data services and user-friendly data packages.
Join Us On Telegram
ALSO READ:  MTN Announces Revised Superroamer Offer
Advertisment