By Andre Falana On May 10, 2017
Share
Join Us On Telegram
China plans launch an online version of its encyclopaedia natonwide come 2018m, to rival the popular Wikipedia. 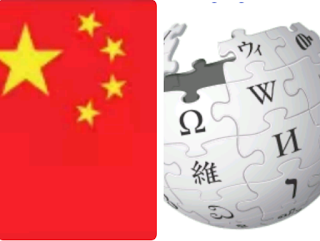 According to office, more than 20,000 people had been employed to bring the project to reality, which bring in 300,000 entries at around 1,000 words each.
Selected scholars from state-own versities would be used instead of the open contribution style use by Wikipedia.
In China, some contents in Wikipedia has been blocked despite its availability in the country.
Sometimes in April, according to Yang Muzhi, the editor-in-chief of the project, the Encyclopaedia of China is not just a book, but a “Great Wall of culture”. Yang chairs the Book and Periodicals Distribution Association of China.
Mr Yang – who has listed Wikipedia as a competitor – also said China was facing international pressure to produce its own platform to guide “the public and society”.

The Encyclopaedia of China was first published in 1993, in paper form, with the support of scholars, and released a second edition in 2012.

But critics said the government-funded works omitted or distorted some entries for political purposes.
The idea for an online version was approved in 2011, but work on it began only recently.
Related Posts

It will take the state into direct competition with local companies that have launched their own online encyclopaedias – such as Baidu and Qihu 360, as well as the largest platform, Wikipedia.
Currently, users on the mainland can read some Wikipedia content, but searches for sensitive topics such as the Dalai Lama and President Xi Jinping are blocked.
Taha Yasseri, a research fellow at the Oxford Internet Institute, told the BBC: “The need for information in China makes people use Wikipedia through the usual anti-filtering tools, and this is far from ideal for an authoritarian state.

“So, this initiative is to attract more users towards the state-approved content.”


His colleague Joss Wright, however, said the platform could also offer “a more uniquely ‘Chinese’ experience that domestic users tend to like”.

High-quality authors
In an article for a mainland newspaper last year, Mr Yang said Wikipedia’s appeal in China was “bewitching”.

But he added: “We have the biggest, most high-quality author team in the world.


“Our goal is not to catch up, but overtake.”


Last week, Turkish authorities blocked access to Wikipedia within the country without giving a reason.

In 2014, Russia also announced plans for an alternative version of Wikipedia , with the stated aim of providing better information about the country than was available on the platform.