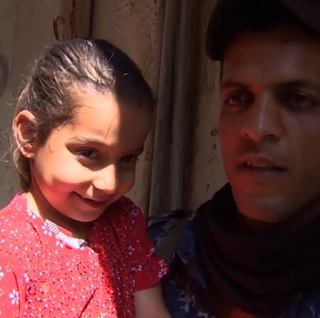 A little girl from Mosul, Iraq is so used to war and gunshot like walking during the day without noticing the business of insects under your feet.
She is used them that she no longer fear or even flinch at sound of gunshot.

Read below the information shared by CNN;

“This four-year-old girl doesn’t even flinch at the sound of nearby gunfire – trapped in Mosul, Iraq, Stbark has never known anything but war. Her family is among the estimated 400,000 civilians facing daily artillery barrages in Mosul’s Old City. #Iraq”.

Checkout the list of phones to be powered by the Snapdragon...