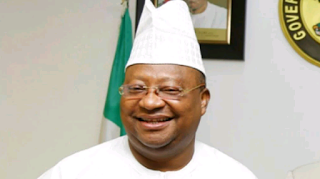 The Nigerian Police Force,  Osun state command have reportedly detained one Dr Alfred Aderibigbe, who works with a community health center in Ede, Osun State, as medical assistant, for allegedly administering an overdose of painkiller injection on the late Senator Isiaka Adeleke who died of a cardiac attack on Sunday, April 23, 2017.

Sahara Reported alleged that the late Senator Adeleke was suffering from a severe leg pain which prompted the medical personel in charge to inject him with pain killers.

Dr Aderibigbe who was acting as one of the Adeleke’s personal doctors, supposedly injected the the late senator with an overdose of the medication that led to his death. Aderibigbe is currently facing an allegation of illegally practicising medicine.

The authority arrested the medical personel yesterday, April 25, and have detained him at Osun State Investigation Bureau of the Nigeria Police in Oshogbo where he is being questioned.

Recall that intial report of an autopsy requested by the Osun State government and Senator Adeleke’s family revealed that the senator died after being administered overdose of painkiller drug. Dr Aderibigbe allegedly him analgesics intravenously.