A tip got from a whist blower today has driven agents of the
Economic and Financial Crimes Commission, EFCC, to intercept colossal amount of
cash in different currencies at the well-known Balogun market in Lagos. The
cash in all was about N250 million money, which includes €547,730, £21,090 and
₦5,648,500.

The source who gave the tip to the EFCC told them that the
location of the N250 million money was changed to somewhere inside the market,
so as to convert it to foreign currencies by anonymous people.
Also read: Video/Photos:
About N500 million discovered in a Plaza Shop by EFCC
Agents reacted promptly and could find the store where the
cash was kept in a Bureau de Change, BDC, office in Balogun advertise.
Notwithstanding, when they arrived, a portion of the Naira had already been
changed to Euro and Pounds sterling. 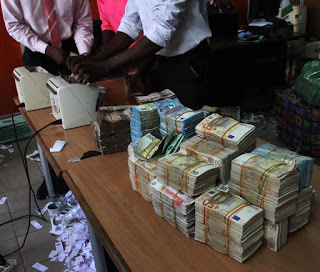 The two BDC operators found possessing the monies asserted
that the cash was sent to them by their manager from a Northern state in
Nigeria.
Related Posts

Also read: Video/Photos:
About N500 million discovered in a Plaza Shop by EFCC
EFCC says the two operators are cooperative and assisting
the Commission in its further investigations. 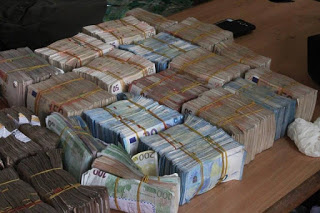 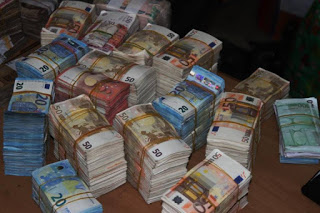 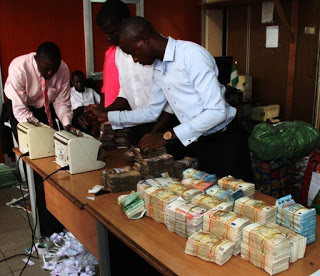