By Andre Falana On Apr 30, 2017
Share
Join Us On Telegram
All we have been hearing in the past was a whole human jumping into the Lagoon, now it appears the Lagoon is seriously and mysteriously thirsty for human parts. 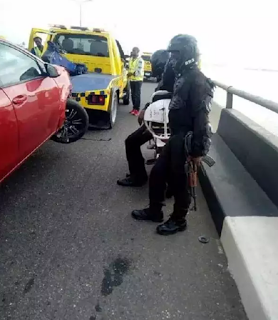 An unidentified man had on Sunday morning, April 30, 2017 lost his limb in an accident between a commercial bus, mostly known by Nigerian as DANFO and a red Toyota car.
The Nation reported that the victim, who was just a passenger in the commercial bus, was sitting in front when the accident took place.
Related Posts

It was also reported that his limb fell into the lagoon following a heavy crash between the bus and a private red Toyota car on the bridge.
It was reported that RRS riders and monitors at the scene of the incidence immediated called for emergency unit to assist in recovering the missing leg. 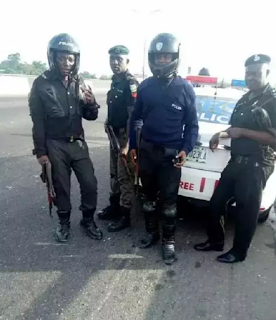 And as it the time of this reporting, efforts by the Marine Police with the collaboration of a team of RRS officials was still on, while the victim has been transported to Gbagada General Hospital, Lagos.
The vehicles involved have been moved away from the scene by LASEMA Response Unit to avoid traffic congestion.
Accidentcar accidentLagoonLagosLASEMANews
Share

President Buhari is fit enough to contest in 2019 – Rotimi Amaechi