By Andre Falana On Apr 6, 2017
Share
Join Us On Telegram
Some Nigerians had on Thursday, April 6, 2017, occupied the
National Assembly’s premises. 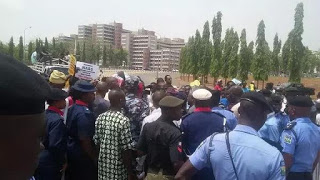 They were said to be in their scores, claiming they were objecting
the plan by some persons to mute the National Assembly. 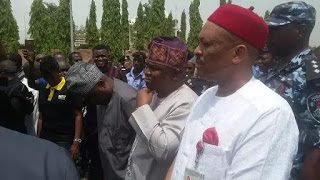 The group was led by Jude Ndukwe, the leader of Movement for
the Advancement of National Transformation; the second person is Arioyo
Dare-Atoye of Coalition in defence of Nigerian Democracy and while the third
person was Deji Adeyanju, the leader of Concerned Citizens stated that there is
evidence that democracy is under threat in Nigeria. 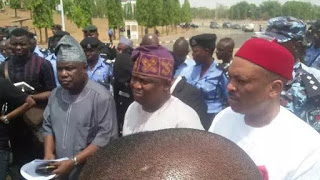 Some senators who met the groups on behalf of the NASS
leaderships, the Senate President, Bukola Saraki and the Speaker of the House
of the Representatives, Yakubu Dogara, said: “Nigerians must defend the
institute of democracy.”
House of AssemblyNASSNewsProtestSenate
Share

LIST OF STATES with high risk of meningitis, in case you live in these states