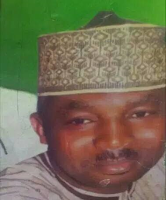 An ex-Commissioner of Local Government and also a former Peoples Democratic Party (PDP), gubernatoria candidate in Niger State, Mr. Kantigi Liman, is currently under hunt by the Economic and Financial Crimes Commission (EFCC) following the anti-graft agency’s discovery of N2 billion in another account linked to him.
On April 11, 2017, according to the EFCC, a statement was released saying, N4 billion was discovered in an accounts own by two companies which was linked to the former Commissioner.
Related Posts

A source within the anti-graft commission, who confirmed the latest findings claimes the politician is presently on the run.
He said: “He is on the run and all efforts to track him down have been futile. The next option left for the Commission is to declare him wanted.”

According to the source, the agency believes that the deposition of the N2 billion in his account would yield atleast N33 million monthly interest from the bank.
corruptionEFCCNewsNiger State
Share

A church where Cannabis is used for Holy Communion.