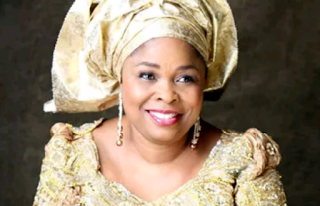 According to News Agency of Nigeria (NAN), the former First Lady of Nigeria, Patience Jonathan has forfeited her $5.8m to the federal government.

Justice Mojisola Olatoregun of a Lagos Federal High Court, today, April 26, has granted a fresh ex-parte application directing the seizure of Patience Jonathan’s money, according to the report.
Related Posts

Recalls that The Punch had reported yesterday, Tuesday, April 25 that the Economic and Financial Crimes Commission (EFCC) pull of the plug on its application seeking a stay of the execution of an order by the court which unfroze her account in Skye Bank, housing a balance of $5.9m.
A attorney for the EFCC, Mr. Rotimi Oyedepo came before the same Federal High Court in Lagos which had unfroze same account on April 6 stating that the commission had back off in appealing the unfreezing order.
Oyedepo also told the Justice Olatoregun, the presiding judge that the agency was withdrawing its application seeking to stay the execution of the previous court order.
However, on Wednesday, April 26, 2017, the same court has order forfeiture of the same money in the same account that belong to the same Patience Jonathan to the government of Nigeria.
corruptionCourtEFCCFGJudiciaryNewsNigerian governmentPatience Jonathan
Share

I will be working from home – President Buhari tells Nigerians