Chinese Government bans use of some Islamic Names 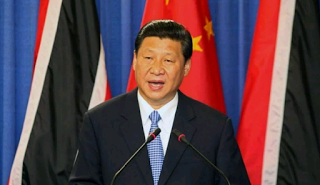 Will I say the fear religious extremism that seems to be spreading around the world, especially in the north-western Muslim dominated region of Xinjiang? Well I don’t understand again. The Chinese government has released a list of major Islamic names in dozens and banned them from being used within the Xinjiang province.
The list which was titled “Naming Rules For Ethnic Minorities” on the  government document was signed by the ruling Chinese Communist Party and spread by Uighur groups includes about 23 names related to historic political & religious people and places that are believed to be religiously overzealous.
Some of the names are as follows:
Related Posts

The government ruling states that if a parent decides to name his/her child one of the listed barred names, the child will not enjoy any of government benefits in the nation.
To Confirm the ban, an official of the government spoke with the RFA, and said: “You’re not allowed to give names with a strong religious flavor, such as Jihad or names like that.

However, condemning the new policy by the Chinese government, an advocacy group, the World Uyghur Congress, has rubbished the new move.
The spokesman for the group, Dilxat Raxit, told RFA that: “In setting limits on the naming of Uyghurs, the Chinese government is, in fact, engaging in political persecution under another guise.

“’They are afraid that people with such names will become alienated from Chinese policies in the region.”
ChinaChinese Governmentforeignislam
Share

Ooni of Ife distance self from statement credited to the Palace, reiterates respect for Oba of Lagos