Breaking: US launches missiles at Syrian base after President Assad’s chemical weapons attack on his own people

The United States has just launched dozens of cruise missiles at a Syrian airfield in response to Syrian President, Bashar al-Assad’s use of banned chemical weapons that killed at least 100 Syrian people, including women and children. 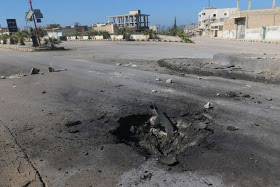 Two U.S. warships in the Mediterranean Sea fired 59 Tomahawk missiles intended for a single target — Ash Sha’irat in Homs province in western Syria, which is the airfield from which the United States believes the government of Syrian President Bashar al-Assad fired the banned weapons.

U.S. officials say people were not targeted and that aircraft and infrastructure at the site were hit, including the runway and gas fuel pumps. 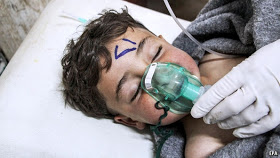 According to US officials say the Ash Sha’irat was targeted because that was the site where the plane that carried the chemical weapons flew from.
The Russian military were warned of the attack in advance to avoid human casualty.

“Assad choked out the lives of helpless men, women and children,”
“It is in this vital national security interest of the United States to prevent and deter the spread and use of deadly chemical weapons,” said Trump, who called on other countries to end the bloodshed in Syria.

Trump who is currently in Florida for a meeting with Chinese President Xi Jinpeng made a brief speech warning Assad to desist from his evil ways.

The attack was done to send a message to Syrian president to never use Chemical weapons again and that the US isn’t playing around.

LIST OF STATES with high risk of meningitis, in case you live in these states