A church where Cannabis is used for Holy Communion. 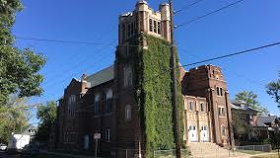 Taking Holy Communion in a strange manner with strange ingredient. Imagine having a church area boys would to love to attended without missing a single minute from any service. 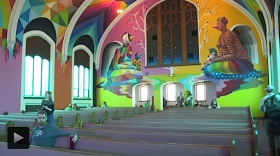 There is now a church for those who would love such gathering, the International Church of Cannabis is now open yesterday, in Denver, Colorado, United States of America. It allows the use of cannabis for holy communion because they believe it draws you nearer to God. 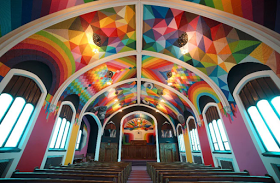 The worship center, located at 400 S Logan Street, Denver, CO 80209, USA, will follow all the normal protocols and rituals praticed in a real church. That is, they are going to have choir, weekly church services and even holy communion services.
Its congregation would be called to ‘Elevationists’, this is playing with words, of course, imagine the euphoric feeling people gets when they smoke weed.
Internally decorated with murals of purple and gold, the church build given bright colours  suggesting the after feeling one get when you smoke cannabis.
The members, referred to as Elevationsists knelt at the altar of dank bud as each of them joyfully celebrated the grand opening of their worship center. 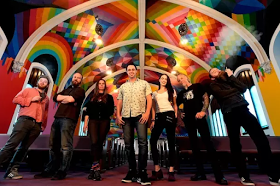 The 113-year-old building which is 13,000-sq-feet, owned by Steve Berke, who is also member of the church (co-founder) and CEO of Bangholdings.com.
Berke claims the church will assist people in their spiritual life and journey to heaven by discovering themselves through the consumption of marijuana.
Related Posts

He said: “An individual’s spiritual journey and search for meaning is one of self discovery that can be heightened and deepened through ritual cannabis use.

“It’s a 113-year-old property. Some of the initial things that we did were just aesthetic improvements and then we’re really proud of the art that we feature in the church.

“People who use cannabis as a sacrament for their own spiritual and religious purposes can come and feel safe that they’re not going to be prosecuted or arrested for practicing their religion in peace.

“We were so happy to find a space that already had a spiritual history, and to be able to retain that element in the use of the property.

“It’s a great privilege to be able to turn this building around, rather than watching it being converted into condos or left abandoned to attract vagrancy and crime.”

The church which is just a day old has attracted so many positive reviews on Google.
Checkout people’s reviews: 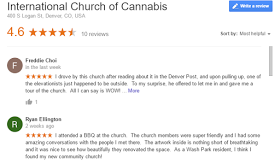 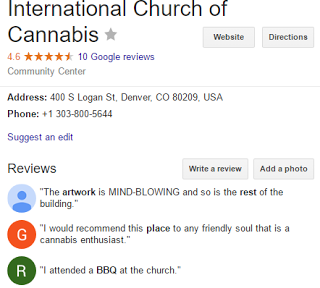 Video: Meet a 4-year-old who is used to gunshots and war