By Andre Falana On Mar 18, 2017
Share
Join Us On Telegram
A Zimbabwean lady from Harare said to be a sorceress has reportedly
eaten ten human beings with her group. 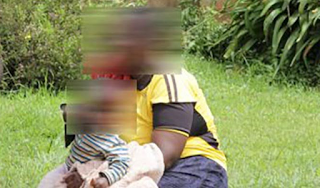 While speaking in her latest interview with local media,
Kwayedza, who is 37-year-old claimed that the spirit became very powerful in
2012 and from that time when, she has come within reach of many apostolic
prophets who have never been successful to get rid of the spirit.
Related Posts

She said: “The spirit
became very strong in 2012 and so far we have eaten 10 people while the other
ten are sick pending death.

“I have approached
many apostolic prophets (Madzibaba) to cast the evil spirit but to no avail.”
According to the report, the woman is said to be married with
five children, however, the husband is said to be unaware of her alleged
witchcraft practices.
BizarreNewsReligionZimbabwe
Share