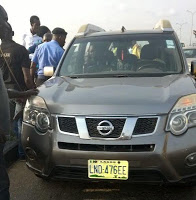 A  Medical Doctor identified as Orji, was reportedly said to
have been coming from the church, allegedly jumped into Lagoon, third mainland
bridge following his directive to his driver to pull over.

The main reason behind his action is yet unknown as at the
time of reporting.
Related Posts

The men of the Lagos State Police, Rapid Response Squad were
already on ground, making efforts to rescue him from the lagoon.

A witness to the scene used her Instagram handle describe
the occurrence as the shocking moment. Kindly see her write up below: 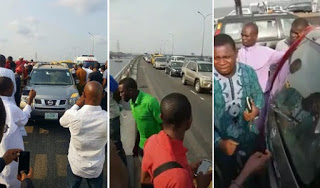 “I witnessed the
worst thing ever today!! The owner of this particular car jumped into the
lagoon right in front of me!!! I saw him get out of his car, then jumped, I was
directly behind him, I parked and ran as fast as my legs could carry me but it
was too late….. I wish he had waited a little longer, I wish I was able to
stop him, I wish I was about to hold his hands, I wish he could tell me what
the problem was!!!!! Depression is real……

“I couldn’t believe my
eyes, I’m still in shock, I couldn’t control my tears. I ran after him I tried
to save him I called for help. Suicide is not the answer!!!!! It’s a pity a
problem shared isn’t a problem solved anymore it’s a problem gossiped
about…… we now live in a world where negativity is like 90%. I really wish
I was able to save him.
“Loads of people
stopped because they saw me acting like a crazy woman, the ambulance was
present, the fishermen were trying to help but it was too late!!!!! He left a
note on his personalized Dr’s notepad with his house address. May God help his
family though this difficult time. Please, let’s be our brothers keeps. Let’s
genuinely love and help one another. Life is short. We are here for just a
little time. Let’s spend that time spreading love and being kind to one
another!” 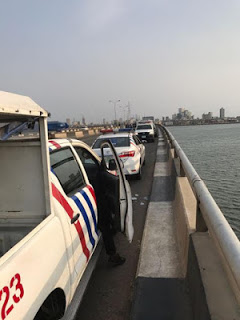 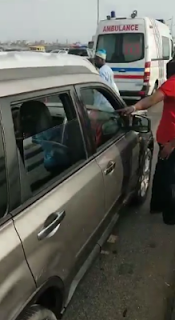 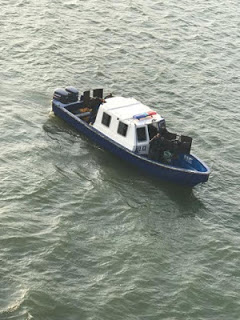 REPORT Of A Suicide On 3rd Mainland Bridge. A Man Just Leaped From The Bridge Into The Lagoon. #Lagos #Nigeria pic.twitter.com/7XkPrjhzje

SUICIDE: The Driver Said He Was Asked To Pullover On The Bridge By The Victim, And Before He Knew It, The Man Open The Door And Jumped Over pic.twitter.com/GkNfaZBtVL