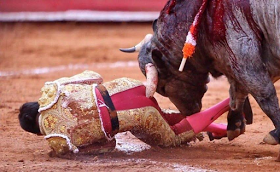 He is identified as Antonio Romero, a professional bullfighter and was attacked during an annual bull-running celebration in Mexico City last Sunday.

A paramedic was quoted saying: “It is a serious and deep goring approximately 30 centimetres.’ Confirming this, Dr Rafael Vázquez related that the Bull identified as Caporal left a ‘very, very serious damage to” Romero’s ‘anorectal region.” 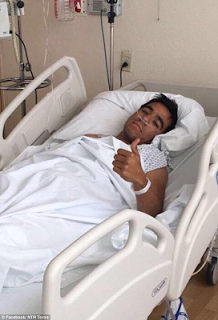 Meanwhile, speaking from his sick bed, Romero who said he will be returning to bullfighting to show that he can be someone important.

Watch the incident below.

If Buhari is allowed to rule without certificate, Melaye is qualified to serve with toilet paper – Fayose’s aide