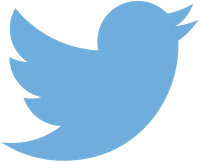 Twitter has confirmed that it has suspended nearly 377,000
accounts in the second half of 2016 for encouraging terrorism.
This was enclosed in its 2016 annual transparency report announced
on March 21, 2017 that publishes data on appeals Twitter has received from the
government and other legal bodies to monitor content on its social platform.

Out of 376,890 accounts Twitter suspended for posting
terrorism-related content, only two percent were based on the request by
government requests to remove data.
Twitter reported that 74% of terrorist accounts were discovered
by ‘internal, proprietary spam-fighting
tools.’
This marks the first time Twitter reported its determinations
in combating violent radicalism in its transparency posts since the company commenced
publishing the reports in 2012.
Overall, Twitter has suspended 636,248 accounts for terrorism
between August 2015 and December 2016.
NewssuspensionTerrorismtwitter
Share