By Andre Falana On Mar 20, 2017
Share
Join Us On Telegram
Senator Dino Melaye who was the arrowhead among the senators
during the rejection of Ibrahim Magu, an Ag. Chairman of EFCC for confirmation
as a full-functional boss, is now fighting a serious scandal over a claim that
he did not graduate from the Ahmadu Bell University as he professed.
The Legislator has always shown that he is a graduate of
geography from the university but according to Sahara Reporters, this was untrue.
It was reported that though Melaye attended the university.
He did not leave there as a graduate as claimed by the senator due to the fact
that he failed.
Related Posts 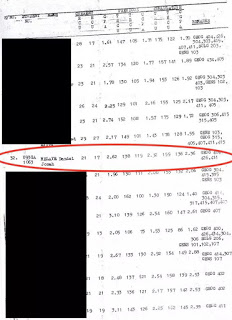 FLASH: Exam Officers at ABU Zaria insists that @dino_melaye never graduated from Geography, they said Dino’s name was not on graduation list

FLASH: At least 3 Exam Officers at ABU,Zaria insists that @dino_melaye never graduated from Geography Dept, DG DSS alerted but covered it up pic.twitter.com/YFVoAljA9Y

FLASH: University teachers at the Geography of Ahmadu Bello University In Zaria insists that @dino_melaye did not graduate, bribed his HOD/1