By Andre Falana On Mar 27, 2017
Share
Join Us On Telegram
Following the rescue of two persons and retrieval of two corpse
from the Lagos Lagoon, the Nigerian police has again rescued another man bidding
to end his own life in the lagoon. 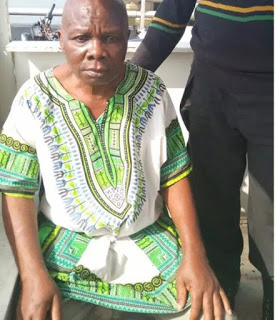 The Police on Sunday, March 27, 2017 allegedly saved an
elderly man who was almost plunging himself into the Lagos lagoon so as to take
his own life.
According to Malik Nasir, who is a media personnel at the
Nigerian Police Force (NPF), the man whose name was still undisclosed was
rescued by the police before he could throw himself into the Lagoon.
Related Posts

This is the third person to be saved from jumping into the
lagoon within one week, two other dead bodies, together with that of Doctor
Allwell Orji, who jumped in on Sunday, March 19, were recovered.
Recall that three days ago, on March 24, a woman, who is a
textile dealer, Taiwo Titilayo Momoh tried to end her own life by jumping into
the same lagoon from Lagos Third Mainland Bridge.
Momoh’s rescue was the second the NPF will make in one day at
day after rescuing a woman few hours before Momoh’s effort.
In all for now, the two dead bodies have been recovered from
the river and three folks rescued before they could take the jump in attempt to
end their own lives.
LagoonLagosNewspoliceSuicideThird Mainland Bridge
Share