By Andre Falana On Mar 13, 2017
Share
Join Us On Telegram
President Muhammadu Buhari has on Monday returned to his
desk, saying he is back to duties as the President of Nigeria.
He has also formally notify the National Assembly by writing
them as required by the 1999 Constitution (as amended).
Recall that Buhari who had been away in United Kingdom, London
to be precise, on a medical vacation since January 19, 2017 landed in the
country on Friday.
In a brief statement by Femi Adesina on the President
resumption of duty, he said: ”President
Muhammadu Buhari today resumed duties after his vacation.

“In compliance with
Section 145 of the 1999 Constitution (as amended), the President has formally
transmitted letters to the Senate and the House of Representatives, intimating
the National Assembly “that I have resumed my functions as the President of the
Federal Republic of Nigeria with effect from Monday, March 13, 2017, after my
vacation.”

See photos of resumption below: 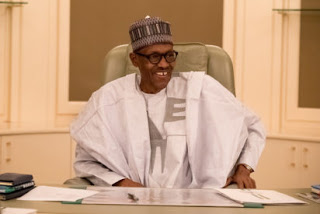 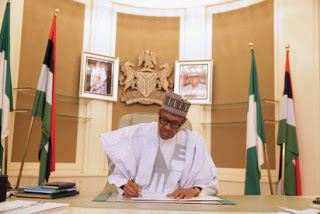 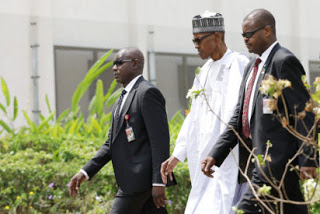 Photos: Nigerian man bags 3 years in prison for beating another Nigerian over money