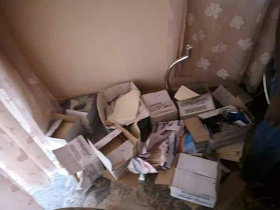 According to the Senator, who represents Southern Kaduna Senatorial Zone, in a statement released to the press, stated that his Kaduna residence has been invaded by armed policemen, MOPOL and plain-clothes men, about a hundred of them in total. 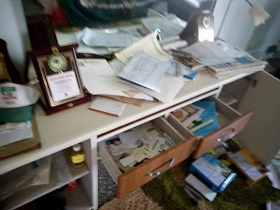 “They came in trucks, buses and pick-up vans around 5am , forced my security man at gunpoint to open the gate. Under gunpoint and without tendering any search warrant from any court of law, starting destructive search on my house. They used knives to tear open my furniture, broke louvers of my doors, broke and tossed things around and destroyed the delicately plastered ceiling of my bedroom and entered the roof.


“In the course of their search, they took away a pump action gun with its official permit granted me since 2008. My two nephews, Friday Batan and Samson Tanko, who were in the house were manhandled by the armed security personnel and taken away to an unknown place. I am yet to established contact with them.


“Also my wristwatches, expensive jewelleries belonging to my wife are carted away.
I am yet to ascertain the extent of missing valuables in the residence. I was informed about the incident while I was in Abuja.


“I cannot also establish if something very incriminating have not been planted in my residence as part of the orchestrated plot to not only rubbish my integrity but criminalise me with the aim of prosecuting me.


“This is in furtherance to the several interrogation and psychological harassment that the SSS in Abuja has meted out to me ever since I call Governor Nasir el-Rufai to order this year over his clearly biased stand against Southern Kaduna natives in the ongoing genocide there.


“It is on record that some Christian clerics from Southern Kaduna have also been quizzed by the SSS over their condemnation of the killings of members of their congregation.


“Some youths leaders, Journalists, and social commentators all from Southern Kaduna have been arrested and charged to court over innocuous comments on the ongoing killings in Southern Kaduna starting from last year.


“I therefore wish to put it on notice, that not only are law abiding, harmless natives of Southern Kaduna being maimed, killed and their communities destroyed by Fulani herdsmen – some who Governor Nasir el-Rufai has traced back to some African countries and paid them sums of money – he is making it a crime for anyone to mention the killings. Including the call for lawful self-defence in the face of his failure to stop the killings.


“The Governor has not only made it a monopoly to be the one making very inciting and divisive statements over this killings, his clampdown on vocal voices of Southern Kaduna is making it harder for the much needed mutual confidence on the parts of the beleaguered people of Southern Kaduna to look upon him as a fair and trustworthy leader.


“I wish to call on the all the people of Southern Kaduna, not to be pushed into carrying the law into their hands no matter the provocation. We must remain focused, hopeful and prayerful, while keeping our eyes over our communities watchfully.” 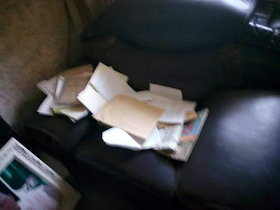 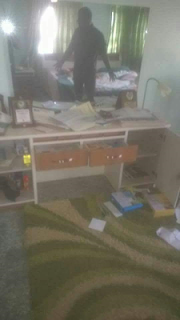 Breaking! President Buhari is Back in Nigeria