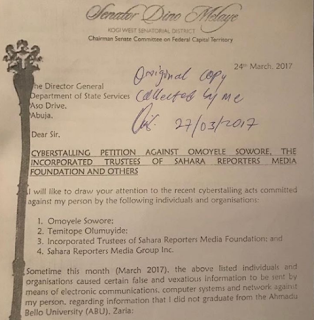 Dino Melaye has filed a petition at the DSS against publisher of Sahara Reporters, Omoyele Sowore, over recent accusation made by the online media outfit, that he was never a graduate of Ahmadu Bello University, ABU Zaria.

Dino has also filed a petition against Sowore at the office of the Inspector General of Police, IGP.

WhatsApp Pay Confirmed To Be Launch Later This Year