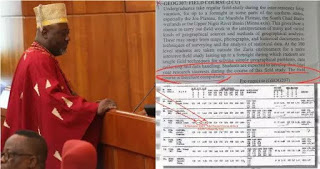 The battle appears to be a never-ending type between Senator
Dino Melaye and the Sahara reporters despites Melaye’s efforts to prove to
Nigerians that he is indeed a graduate and that the certificate scandal that is
shaking his political career in recent times may just be false.

A sets of new documents have been released to prove that the
senator representing Kogi West may have been economical with the truth that he truly
graduated from the Ahmadu Bello University, ABU, Zaria, Kaduna state.
This new documents were released by the Sahara Reporter
Publisher, Omoyele Sowore, few hours after the VC of the university, Prof
Ibrahim Garba, informed a Senate committee investigating the purported forgery
of results against Melaye that the latter actually graduated. 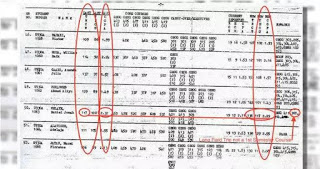 “These documents outed
ABU VC Prof Ibrahim Garba, he couldn’t manipulate them, so he opted for
‘available records’.

“The documents
released by the exam officers of the Geography department at ABU shows Mr
Daniel ‘Dino’ Jonah Melaye couldn’t have graduated –‘GEOG 307’ Long Field Trip
is a compulsory course at the department. Melaye never passed ‘GEOG 307’
according to these official records.
“First, the course was
carried over to the 4th year, and then it disappeared from his grades.

“Dino and his HOD
manipulated and fraudulently added 2 units towards the “Total Earned
Course Units (TECU) in his 4th year,” Sowore alleged.
Recall that Melaye had on Monday, March 27, appeared before
the Senate committee on ethics and privileges over accusations that he was
never a graduate of the Ahamdu Bello University, Zaria.
Dino MelayeNewsOmoyele SoworeScandalSenateSenator Dino Melaye
Share