Obasanjo is Beacon of National Unity, Peace and Unity – Saraki 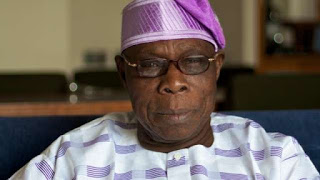 The Nigerian Senate President, Dr. Bukola Saraki, on Saturday, has congratulated the former President, Olusegun Obasanjo on clocking the age of 80 and also describing him as a “beacon of national unity, peace and progress.”

Saraki, on Sunday, March 5, 2017 in a tribute to mark General Olusegun Obasanjo’s 80th birthday anniversary, said, on behalf of the 8th Senate, he is delighted to join family, friends and all well wishers of the former president, in felicitating with his entry into the elite club of octogenarians.

He said that aside from serving Nigeria diligently, passionately and conscientiously for many years, Chief Olusegun Obasanjo remains one of the dominant men in national discourse.

Saraki said: “Baba, for several decades, you have been one of the dominant figures in our national discourse.


“On several fronts, you have served the nation diligently, conscientiously and passionately. In fact, you remain a beacon of our national unity, peace and progress.”


“It is for these reasons and many more that we pray to Almighty God to continue to give you good health, great wisdom and the unflinching grace to serve your country, Africa and humanity in general for many more years.”