By Andre Falana On Mar 12, 2017
Share
Join Us On Telegram
Former United State President, Barack Obama’s half-brother,
Malik Obama, has posted fake birth certificate claiming ex-president was born
in Africa, precisely Kenya.
According to The Sun, Malik Obama shared a copy of what he
says is the ex-president’s genuine birth certificate, said he was born in
Mombasa, Kenya. 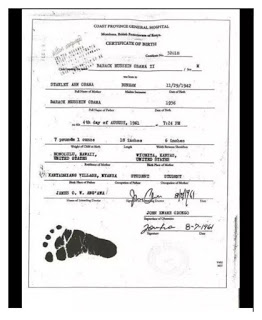 Malik has reignited the birthed plot by tweeting a picture
of what he claims is his half-brother Barack’s original birth certificate which
displays he was born in Mombasa, Kenya.
The certificate shows that a male child named Barack Hussein
Obama was born on August 4, 1961 (Obama’s real birthday) at Coast Province
General Hospital in Mombasa. 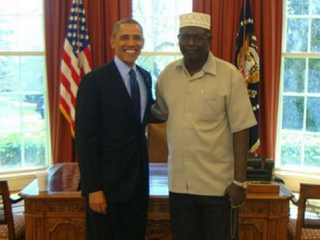 Obama’s parents was also correctly inserted as Barack
Hussein Obama and Stanley Ann Obama (formerly Dunham).
The time of birth listed is 7:24pm, which matches the original
time on Obama’s official birth certificate from the State of Hawaii, his
original place of birth.
Both Barack Obama and his brother Malik have had a tense
relationship.