Norway has been rated the ‘Happiest Country’ on Earth 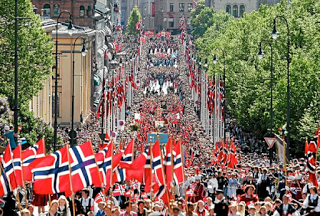 A report released by World Happiness yesterday, March 20,
says Norway top the list of countries to become the 2017 happiest on earth out
of the 155 nations graded by the report.
The report said: “Norway has insulated itself from the boom
and bust cycle of many other resource-rich economies.”
Denmark, Iceland and Switzerland followed the Norwich.
Related Posts

The rankings are based on a handful of social and economic issues
that ‘support happiness,’ the report
claimed.
These factors include gross domestic product per capital,
healthy years of life expectancy, social support, trust (lack of corruption in
government and business), generosity (as measured by current donations) and observed
freedom to make life choices.
The United States plummeted in the rankings this year to 14
from 13 as a result of what Jeffrey D. Sachs, one of the study’s authors, thought
to be a social crisis.
foreignHappiest CountryNorwayWorld Happiness
Share

Allwell Orji’s colleague discloses why the medical doctor killed himself