By Andre Falana On Mar 14, 2017
Share
Join Us On Telegram
The National Broadcasting Commission (NBC) has revoked the temporary licence granted to 54 Radio and Television stations for failure to pay up their licensing fees. 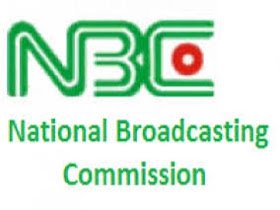 This disclosure was made by the Director General of NBC, Is’haq Modibbo Kawu, at a press briefing in Abuja yesterday, March 13, 2017.

According to Kawu, most TV and Radio station operators have refused to pay up their licensing fees over the years because they always run to the Presidential Villa, Aso Rock to get help from their connections to evade payment.
He claimed that such era is over as the commission will henceforth not rebuff any political interferance in carrying out its duties.
Related Posts

He also revealed that the TV and radio stations that have been issued licenses but have failed to commence activites within the stipulated two years of kickoff given to them, will also have their licenses revoked.
Kawu said: “Over the past two weeks, I gave directive that the licences of 54 companies issued licences but had refused to pay their fees within the mandatory 60-day window be revoked. And those licenses are revoked.

“Frequencies cannot be held indefinitely by individuals. We are delighted that Nigerians are investing in setting up radio and television stations; they create jobs; open up accesses for content producers to showcase talents and are contributing to national development.

“But no one has a right to hold on to allocated frequencies indefinitely, when the resource itself is finite and there are other people waiting and ready to make use of those frequencies.”

Kawu also gave a final warning to the default TV and radio stations on N5 billion debt, to pay up their fees before April 1 or get their stations shut down.
NBC
Share

N5bn debt: Pay your operating licence for or or lose it – NBC warns broadcast…