TellForce Blog
Home Auto News Mercedes to recall about 308,000 cars across the US due to fire...
Twitter
Pinterest
Linkedin
ReddIt
WhatsApp
Tumblr
Email
Print
Telegram
Advertisement
Join Us On Telegram 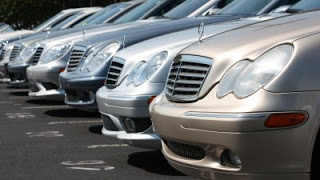 Mercedes is said to recall about 308,000 cars in the United States because of potential fire accident.
According to CNN, more than 300,000 Mercedes-Benz vehicles across the United States will soon be due to a potential fire hazard.
The company confirmed that the problem has been linked to 35 car fires in the US. Mercedes claimed that Daimler AG (DMLRY) which is its parent company, determined that there’s an issue with an engine part that can lead to an electrical fire.
The recall operation is to include certain C- and E-Class vehicles, as well as GLA, CLAand GLC vehicles.
The Mercedes spokesman said: “This situation typically occurs in the rare situation where a vehicle is stranded in a significant amount of standing water and the engine stalls and cannot be restarted on the first try.”
Out of million vehicles on recall list, 307,629 are reported to be from the United States. The company could not immediately have a breakdown of locations where vehicles will be recalled outside of the United States.
ALSO READ:  VoIP Is Now Rolling Out To The Google Voice App
Advertisment