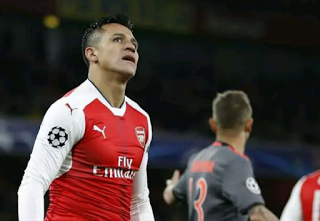 The Gunners humbly stepped aside for Bayern Munich in the Champions League last-16 as Bayern Munich ran goal riot at the Emirates.
Arsenal’s 10-2 aggregate defeat to Bayern Munich in the round of 16 tied, is the first-biggest knockout-stage loss in Champions League history for an English side.
The Gunners lost both legs of the of the stage by a 5-1 scoreline (10-2 aggregate). I guess only 1% of Arsenal fans would believed in miracle of such, turning around the first leg in their favor but that never happened. The German champions had essentially killed the tie away in the first leg at the Allianz Arena on February 15 before burying it at the Emirates on Tuesday.
Bayern Munich owns the record for the largest margin of victory in the Champions League knockout stage by recording a 12-1 aggregate wind over Sporting Lisbon in the round of 16 in 2009.
Related Posts

With Yesterday’s result, Arsenal are joint biggest looser in terms of goal margin with:

Bayer Leverkusen (10-2 defeat to Barcelona in the 2012 round of 16).
The trio dropped from the Champions League knockout phase by eight goals on aggregate.
Arsenal’s last-16 records dince 2010/11 season:

North Korea bans Malaysians from leaving the country over the death of King Jong-nam.