By Andre Falana On Mar 26, 2017
Share
Join Us On Telegram
Related Posts 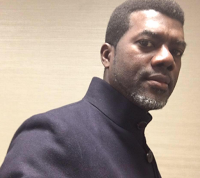 Former-special assistant to Ex-President Goodluck Ebele
Jonathan, Reno Omokri has shaded the Buhari-led government, as he cast his own comment
on the recent fake certificate scandals swaying the nation.

Omokri stated in a statement on Facebook that the same stick
which is presently being used wrongly on Senator Dino Melaye, should have been
used on the number one citizen of the nation.

The senator from Kogi, Dino Melaye, has been accused of not
graduating from the Ahmadu Bello University where he studied geography even
though he has maintained that he did while also professing that he has several
degrees from many universities in Nigeria and abroad.
Senator Ali Ndume had raised a point of order asking the
Senate to investigate the allegation that Melaye did not graduate from ABU as professed.
In reaction, Melaye had slammed out at the Senator saying
not only did he graduate from Abu but claimed he also possess a degree from
Harvard.
Commenting on the controversy, Reno Omkri took to his Facebook
page, saying: “I wish the efforts by
Dino Melaye’s enemies in the APC to verify his certificate can be applied to
verifying the certificate of another powerful man in the APC. We should not
treat Dino Melaye one way and the other powerful man another way.

“If they think Dino
Melaye is unfit to hold his Senatorial seat because he did not graduate from
university (which is untrue) then they should apply their logic to all
political office holders no matter how high they are. If Dino must present his
certificate then others must also present their own too! What is good for the
goose is good for the gander!”
Omkori has also talked about the ongoing rift concerning
Governor Nasir El-Rufai’s negative comment on the Buhari-led administration.
Omokri said: “Oh
Mr. President, what a pity, what a pity! First your own wife warns you that she
may not even campaign for you in 2019, then your political khalifa, the magajin
Buhari in the person of Nasir El-Rufai, calls you a failure!

“If you consigned your
wife to the ‘other room’ as punishment, to which room will you consign
El-Rufai? “

“Let me recommend
a room for you. How about the kitchen? I am sure you have some knives there.
El-Rufai will find them handy in practicing his favorite hobby-backstabbing.”
Dino MelayeNewsPresident BuhariPresident Muhammadu BuhariReno OmokriScandal
Share